Does Michael Jackson's "Manifesto" strongly hint to why his features changed so dramatically? 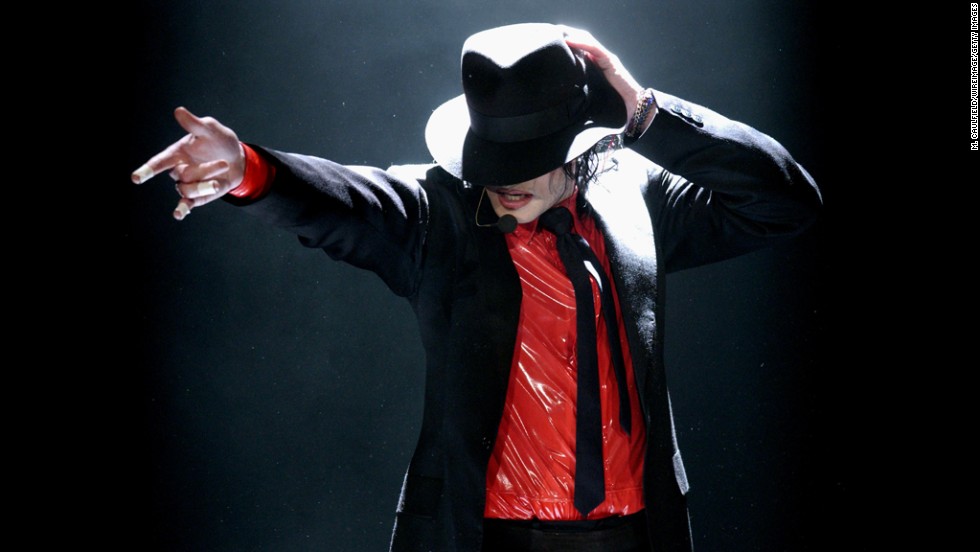 Well, mission accomplished we suppose, but the recently uncovered handwritten manifesto by the late King of Pop from 1979 reveals more than an overwhelming desire to become the greatest entertainer of all time, it also reveals a young man driven by a strong determination to be the best at what he does and become the King of Pop. MJ's meticulous attention to detail was renowned and his career was one of the most enduring of all time, and with this recently unearthed document we now know that Michael didn't just turn on his drive in the studio or on stage, but had planned his future way in advance and stuck to the plan.


The manifesto was found etched on the back of a tour itinerary in Michael's handwriting, and was tucked away in a secret warehouse full of Jackson's belongings that until recently had been completely forgotten about since Michael's untimely death in 2009.In his letter he writes; "MJ will be my new name. No more Michael Jackson. I want a whole new character, a whole new look. I should be a tottally [sic]different person. People should never think of me as the kid who sang "ABC," [or]"I Want You Back. I should be a new, incredible actor/singer/dancer that will shock the world," continuing, "I will do no interviews. I will be magic. I will be a perfectionist, a researcher, a trainer, a masterer [sic]. I will be better than every great actor roped into one."

The new finding may be the catalyst to what was a career like no other, and one that will likely not be emulated any time soon. Later in 1979 the singer released his first solo record, Off The Wall, to great critical and public appreciation and the rest, as they say is history.
source

MJ did the damn thing to death...literally. I want to say that Jackson accomplished more than he dreamed but its clear that he dreamed pretty big. I mean there's nothing else better than perfection. There's no other level higher than master. Michael Jackson wanted to do it bigger and better than anyone ever had before him and he did. But there was one part of those goals that jumped out at me.

He wrote: "MJ will be my new name. No more Michael Jackson. I want a whole new character, a whole new look. I should be a tottally [sic]different person. People should never think of me as the kid who sang "ABC," [or]"I Want You Back. I should be a new, incredible actor/singer/dancer that will shock the world,"

Something about that gives me the impression that he wasn't speaking figuratively.

Could Jay Z or Kanye West become the President of Hip Hop?

Air Force One is for sale. And I think Jay Z or  maybe Kanye West should buy it.

Okay, not the plane that carries President Obama from place to place but an older model is up for auction. Here's the ad for the auction from The General Services Administration:

As you can see its a vintage model that was in service through the six Presidents, Ford, Carter, Reagan, Bush 1, Clinton & Bush 2, so it must have something like half a billion miles on it. But it is a historical item that is an indelible symbol of America.

Which got me to thinking about how simultaneously appropriate and annoying it would be for a rapper to own such an item. It would be appropriate because hip hop being a decedent of jazz, rock and blues is the most pure american music form. And it would be annoying for all those ultra patriotic, old Tea Party conservatives and Republicans who hate to see a successful Black rapper, who likes to flaunt his riches, take control of one of the most recognizable symbols of the country.

Tiger wins 2013 Players Tournament and confirms that blonde women are his power up!! 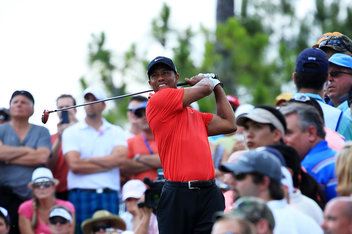 Digging deep after dunking his tee shot into the water on the 14th hole and squandering a two-shot lead in the process, Tiger Woods collected his thoughts and controlled his emotions down the stretch to win The Players Championship on Sunday.


I know I shouldn't connect certain dots but I can't help it. Tiger Woods has an incredible work ethic. He's a golfing prodigy playing seriously even as a toddler. But every elite athlete has that extra something that takes their game to the next level and for Tiger I believe its blonde white women. Specifically being in a relationship with a blonde white woman. Since the turn of the century major events in Tiger's career are marked by having some blonde chick he's involved with rooting for him at the sidelines when its crunch time. Peep the history of women Tiger was in a relationship with during his career mile-stones:

Tiger becomes the youngest winner of the career Grand Slam. Its rumored they broke up because he cheated on her with... 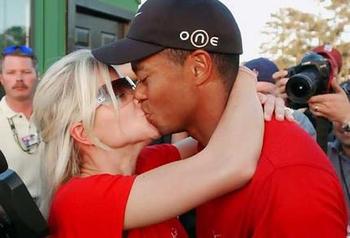 
Then the bad times hit. Tiger's marriage implodes amid a horrible cheating scandal and he goes into a career slide that would last for more than 2 years. Until recently that is when he reveals that he's dating the world ski champion and VERY blonde Lindsey Vonn and suddenly there's a turnaround in his game. Lindsay Vonn at 2013 Players Tournament.This is fastest in any PGA TOUR season that Tiger Woods has ever reached four wins. Only other time he had 4 wins before June 1, 2000.

Yeah I know, more coincidence than anything, but that's a hell of a coincidence. Or maybe...just MAYBE blonde pussy is this dude's secret mojo.